This week in sports news – a worrying survey reveals that Australian children are some of the least active in the world; Professor Murray Drummond argues that body image issues are increasingly affecting school age boys; and Ausport outlines a report about future trends in sport.

Australian children some of the least active in the world, a survey reveals 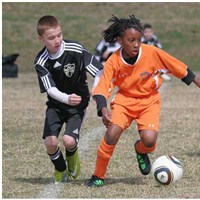 More than 80 per cent of children fail to get one hour of exercise each day, ranking them behind Britain and Finland as among the least active in the world.

A landmark survey of 15,000 people, which compared the physical activity of children from 15 countries, found the majority of five to 17 year-old Australians do not meet exercise guidelines and more than 70 per cent spend more than two hours a day watching an electronic screen.

Lead author and research associate the University of South Australia, Natasha Schranz, said the results showed parents were falling into the ”trap” that organised sport is enough to keep children healthy. 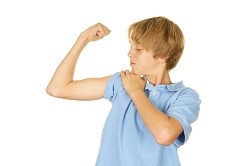 The way in which boys perceive their own bodies as well as other males’ arguably plays a significant role in the development of a young male’s masculine identity. For a considerable amount of time concerns around body image and identity has been primarily linked to adolescent girls and young women. However, the significant emphasis that is placed upon bodily aesthetics in contemporary Western culture has meant that boys and young males are not immune to body image concerns.

It is noteworthy that much of the research on bodies has focused on young people particularly around adolescence and early adulthood. I would argue that body image issues for boys and girls has its earliest roots planted in the primary school years.

The Future of Australian Sport

The Australian Sports Commission (ASC) has partnered with Australia’s peak science agency, the Commonwealth Scientific and Industrial Research Organisation (CSIRO), to jointly conduct research into the future of Australian sport. The sports played in Australia, as well as how and why we play them, are changing over time.

Six megatrends have been identified within The Future of Australian Sport report, which will impact on the makeup of sport in Australia over the next 30 years.

View an informative video in which CSIRO’s Dr Stefan Hajkowicz talks about the six megatrends identified by ‘The Future of Australian Sport’ study, conducted by the Australian Sports Commission in partnership with CSIRO.

Are you ready for the start of the Winter Sports season?
March 14, 2015